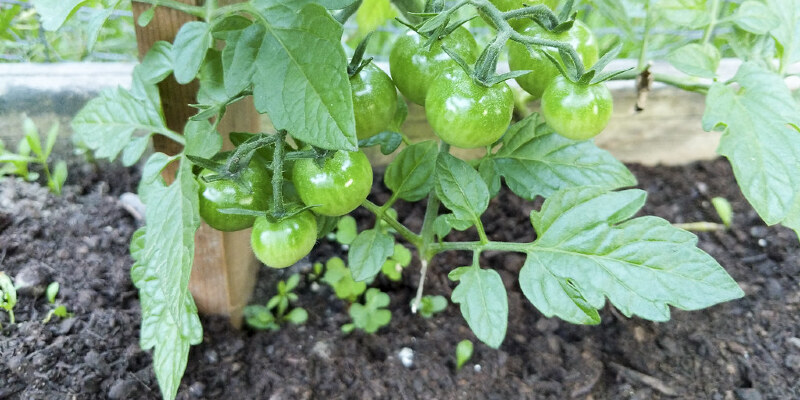 Tomatoes are such popular crops for generations a wealth of lore has developed around them. The age-old battles, such as caging versus staking, planting horizontally or vertically and small-fruited varieties vs beefsteak types, replay year after year. Few tomato issues stir up the exact same controversy like pruning.

Tomato plants develop in the set point in the close of the vine called the growing tip. This vegetative section enlarges, sending unwanted branches with fruiting clusters as the plant develops. Indeterminate tomatoes may have several growing hints, all trying to make new branches and flowering clusters concurrently that will end up competing with one another for limited resources. Determinate tomatoes do not have this issue because each growing tip dissolves in a set point with a fruit crowd, instead of developing one off to the side, obviously limiting their own growth.

Trimming side branches and limbs on indeterminate tomatoes is actually the very best way to include their growth, but not because the plant is stunted — as long as the growing tips are intact, the vine will continue to lengthen and send out side shoots and suckers. Tomatoes, such as other vines, benefit from training to your support and also the best way to do so is to remove additional branches and pinch out suckers. Once a couple of chief trunks are established, you should remove additional suckers and branches as they grow because they rob flower clusters of the nutrition they need to make fruit.

There are two chief methods of removing tomato branches: simple pruning and Missouri pruning. Simple pruning involves snapping off young, tender growth although it’s small, developing a very small wound that heals quickly. In this way, the plant wastes no energy trying to develop that sucker or branch. Missouri pruning is often reserved for situations in which the side shoots have gotten out of hand, getting big and hard. Merely removing those in the branch crotch may cause severe wounding and jolt the plant, but pinching from the growing tip below the cluster of finish leaves is much less traumatic.