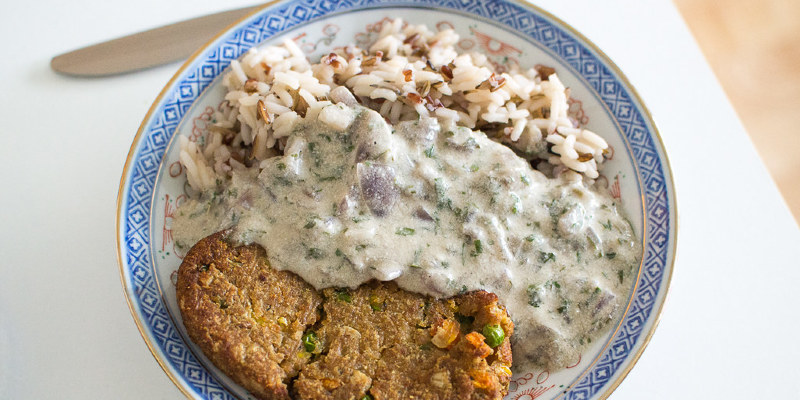 The plants you can grow for food typically provide flowers, but few match edible canna (Canna edulis) for visual drama. Grown as an ornamental in U.S. Department of Agriculture plant hardiness zones 7 through 12, this 6- to 10-foot-tall perennial offers bright-red flowers and large green leaves that tell of its tropical origins. The starchy rhizomes once were a staple food in Ecuador and Peru.

While edible canna has been an significant part the early Peruvian diet, it’s fallen largely out of use in that portion of the world, replaced by meals with favored cooking and eating qualities. Canna is increased only as an ornamental plant in North America. Edible canna is considered to be a food today in Southeast Asia, especially in Vietnam, in which its usage as a starch source is favored over old methods of making cellophane noodles. Normally, canna roots are grated, then rinsed to prepare them to be used; or they are boiled until soft and transparent.

Of all the canna species, just Canna edulis has a history of use as an edible food. The species can also be called Canna indica. It is named achira in South America, and Queensland arrowroot in Australia. All cannas, including the edible species, have showy, ornamental flowers and tropical foliage much like that of banana, a near relative. Edible cannas, but also have large rhizomes, growing up to a foot in length, making them a valuable food source.

Edible cannas develop year in frost-free areas and in secure indoor areas or greenhouses. In frosty areas, you will notice foliage and stalk perish in winter, to be followed by regrowth in the spring. In the expanding region, you can leave canna rhizomes from the ground year, as freezes will not kill them. Edible cannas grow in full sunlight or light shade. The plant tolerates moist, clay-like soils, and favors a damp growing environment to your dry one.

Plant tubers in autumn, winter, or early spring. If you’re putting actively growing cannas in a region where winter brings freezes, put them in the ground in the spring or early summer. In the milder coastal areas, you can plant your edible cannas any time of the year. Plant dormant tubers 2 to 3 inches deep and 12 inches apart. Put actively growing plants in the soil with the base of this fleshy stalks at the soil line. You can also grow edible cannas in 12-inch-diameter pots full of fast-draining potting soil.

Pests typically leave edible cannas lonely, and no ailments are of any specific concern, but slugs and leaf-roller caterpillars can be a problem about the leaves. Get rid of slugs and caterpillars by hand-picking them from the plant and destroying them. Make sure your cannas get about an inch of water per week throughout the growing season, either with manual watering or out of natural rainfall. Fertilize weekly from spring through autumn, using a balanced fertilizer qualified for use on edibles. To fertilize a 10-square-foot edible canna bed, mix 1 tablespoon of fertilizer with 1 gallon of water, and distribute it evenly over the soil.

You can harvest new edible canna shoots from the spring for salads and stir fries. Begin harvesting canna rhizomes six to ten months following planting. The more they are in the soil, the larger the tubers get. Cut the stalks in the soil line, and dig up the roots. Canna rhizomes are prepared for eating by boiling or baking them till they turn from white to slightly translucent. Just make sure before you eat anything from the garden that it is what you think it is.